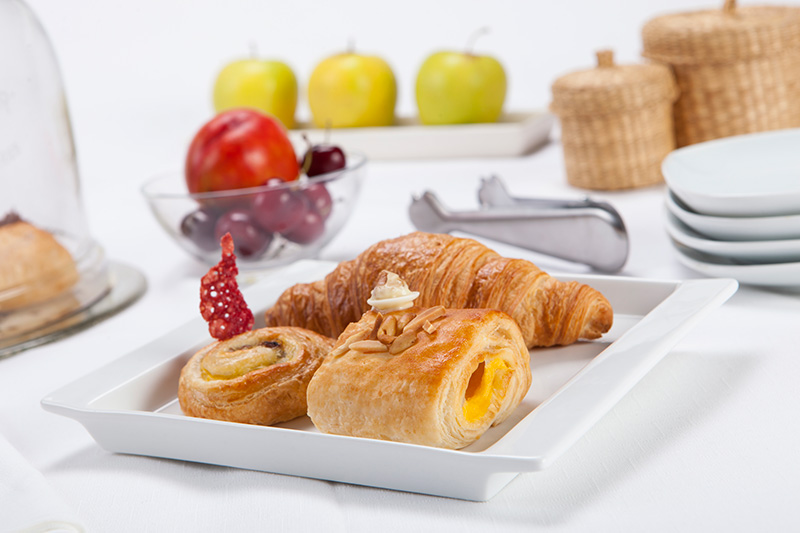 “We do not compete with others”

Casa Deli imports high quality Spanish and European products to cafes, restaurants and grocery stores. Selected confectionary products are close to Finnish taste and they have conquered the hearts of Finns. Today they have more and more stores and cafes.

“We do not compete with other confectionery companies, because we specialize in Spanish and European products. We do not have cinnamon rolls or karelian pasties – for those market it is pointless to try. Instead, our products are unique, European confectionery products”, the owner describes.

“We don’t want to offer the products they already have, so we’ve decided to forget croissants and ciabatta breads at the baking points. I believe that when our selection is different, there is enough demand  for everyone”, he continues.

Rafael’s own favorite product of Casa Deli’s selection is the Ham & Cheese Napolitana, which was his favorite already as a child while still living in Spain.

Over the years, Ham & Cheese Napolitana has also become the favorite product of many customers, and it is one of the most sold products of several baking points.

Rafael recalls how the story of a favorite product began in Finland:

“We had many boxes of Napolitana in stock, and had to get rid of it. Once I visited the Kaisaniemi K-supermarket and offered them a Ham & Cheese Napolitana for sale. I told them that this was my favorite product, and they liked it too. In just a few weeks, customers reported that they wanted to order the product! ”

“Since then, it has grown one of our flagship products,” the man continues proudly.

According to Rafael, one of the most difficult things is to choose the right products for customers.

“It requires the skill to choose the right products, because the customers are different in every stores. I have learned from mistakes and familiarized with the issue visiting for more than thousand stores. The market will eventually tell whether the product sells or not, and nowadays I have a good picture of what kind of products Finnish stores want in their selections. ”