Spaniards fall in love with Finland – The man behind Casa Deli 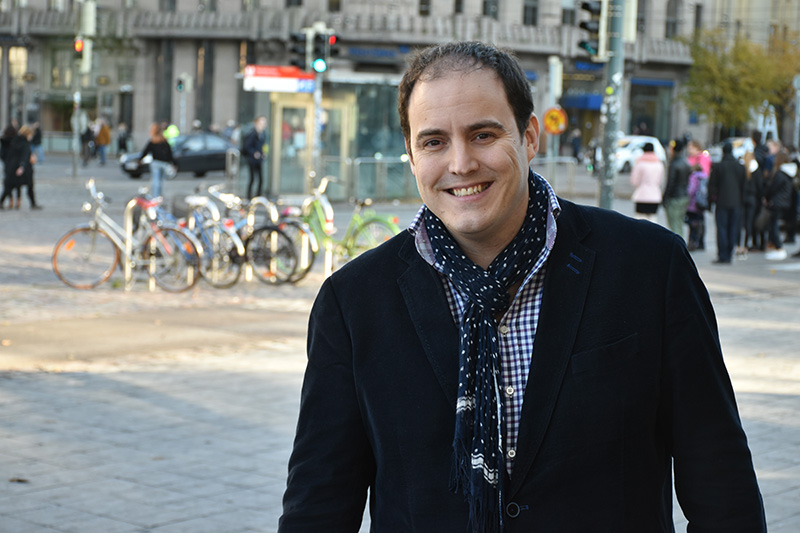 The man behind Casa Del is the Spanish Rafael Ladrón de Guevara, who arrived in Helsinki from the Spain disfigured by economic crisis, with the aim of creating a new life and career in Finland.

“I understood that if I want to succeed and create a career I like, I have to leave Spain. Even though I had a Master’s Degree, I was more motivated to come to Finland and start from nothing than to stay in my country”, Rafael recalls.

The man who has a university degree in physical education and health saw potential in Finland, knowing that people were interested in physical activity, nutrition and well-being. At that time, he did not even think he was going to lead a confectionery company.

“The first day I managed to get four new customers”

The first six months in Finland went to searching of work and doing some random tasks. Eventually, the first version of Casa Deli founded by Spanish welcomed Rafael to his sales team.

“I was looking forward to the job because I was energetic and motivated to work. I enjoy insanely sales work and meeting people”, Rafael says.

In a sales work, a man was able to exploit his sociability and human proximity.

“The first day I managed to get four new customers, even though I didn’t know anything about bakery industry or what kind of products would fit into Finnish stores.”

“For me, Finland is warm”

The company grew up thanks to Rafael’s extensive sales efforts and soon Rafael’s share of sales was as high as 80-90 percent. Rafael was made a Sales Director and more salesperson were hired for the company.

Rafael feels that he has succeed in sales work and entrepreneur because he enjoys daily encounters with people.

“I can implement people’s needs and wishes and get to know different people”, the man adds.

“Although Finland is said to be a cold country, for me Finland is warm, thanks to people,” he feels.